Taiwan Seed Improvement and Propagation station (TSIPS), COA has successfully developed the standard operation procedure for golden shower tree (Cassia fistula) production, including the seed treatment, the fertilization adjustment, and the utilization of waste mushroom compost. Compared with seed traders, the seedling nursing period can be shortened to 2-3 months by the procedure.

TSIPS, COA refer that the germination rate is merely 32% if the seeds are sown immediately after gathering from the long cylindrical pods, and it can be increased to 85% by scarifying the seeds with sandpaper before sowing in peat moss substrate (Fig. 1). Liquid fertilizer application is suggested once a week to improve the seedling growth at 2-3 leave stage. The seedling can be transplanted to 24 plug tray as the plant height reaches 15 cm (Fig. 2). In case of seedling growth retardation, the nursing period can be shortened by one additional solid fertilizer application. While the plant height is about 30 cm, it can be transferred to 6 inch pot and cultivated in field.

TSIPS, COA indicates that golden shower tree is easy to manage and has less pests and diseases, so it has become the most favorite greening tree species with the city/county governments in central and southern Taiwan. In addition, it is not only one of the most popular recommended species in the air pollution control plan of Environmental Protection Administration but also the landscaping tree species propagated and promoted by TSIPS yearly. Every year from May to July, Golden shower tree turns into golden bright and the blooming period can last up to 30 days. I wish you would have a beautiful encounter under the romantic rain of golden shower tree (Fig. 3).

▲Fig. 1 The germination rate of the seeds can be increased to 85% by scarification treatment. 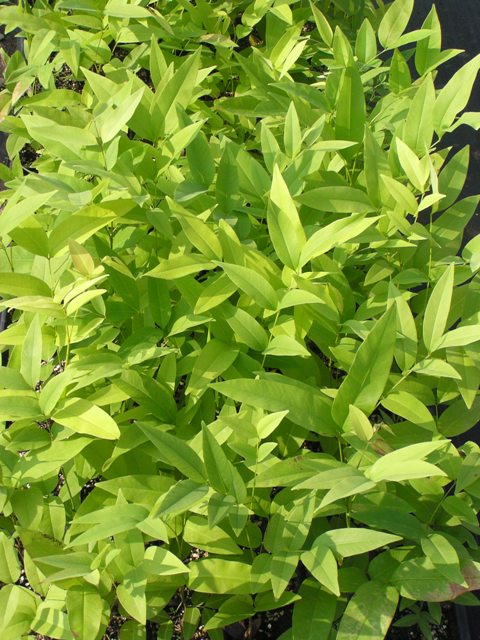 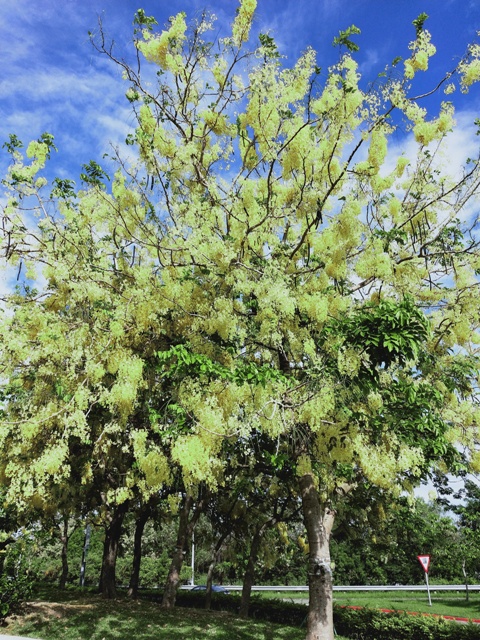