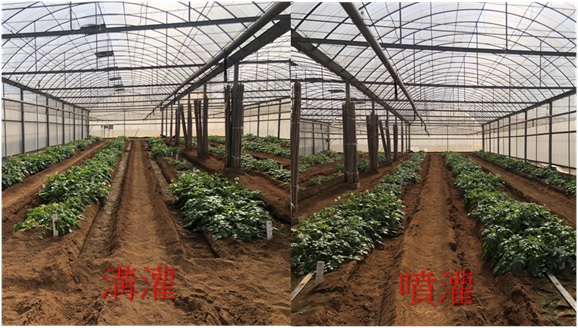 ▲Fig. 1. The growth performance of potato varieties under the different drought treatment were cultivated by furrow irrigation and sprinkler irrigation.