Biodiversity resources are abundant in Taiwan. We tried to employ the agriculture techniques for germplasm preservation, commercially cultivating wild plants, and producing seeds and seedlings to promote ecological conservation. In this study, we first established and preserved about 300 varieties of Taiwan indigenous plants in demonstration field. Second, we plan pueraria root propagation, and the survival rate of single cuttings can reach 76%. Cultivation medium is preferably sandy soil and perlite. Cutting propagation with mature branches are better than green branches with a survival rate of 40%. The test of the anti-inflammatory activity of the water extract of the root and leaf of Pueraria lobata showed that it can inhibit the production of IL-6 and TNF-α induced by LPS, and has no significant inhibitory effect on the production of NO. Cytotoxicity analysis (MTT Assay) showed no cytotoxicity. ▲Fig 2. Executing DUS tests of Doritaenopsis ‘Taida Orange’ .(This variety has been granted.) ▲Fig 3. Executing DUS tests of Phalaenopsis ‘OX1654’ (This variety has been granted.) 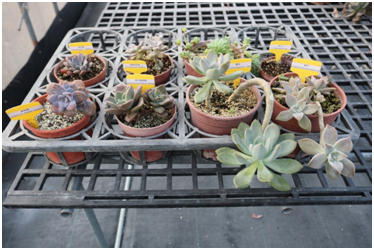 ▲Fig 1. Handling the Substantial Verification of New Varieties of Crown of Thorns (‘Cuei-Yu’) 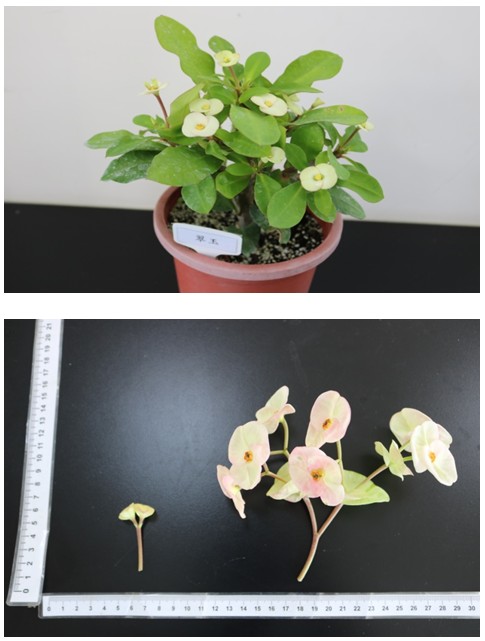 ▲Fig 2. Crown of Thorns are ornamental potted flowers, with a wide variety of flowers, and flowering for many years, representing the rich and happy, with the new essence of new varieties of unicorn flowers to help the variety protection and enhance the competitiveness of the seedling industry. 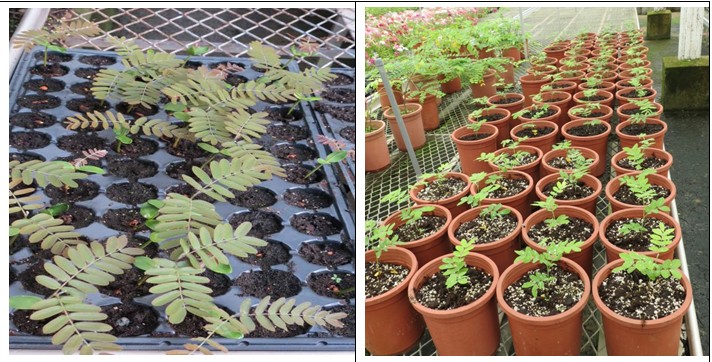