The black rice rises – Specialized production area is the solution

The black rice rises – Specialized production area is the solution

The government has dedicated improving breeding and cropping of good rice varieties, to solve problems such as diversity of cultivated varieties and mixture of rice and millet since early agricultural development in Taiwan. Seed Testing Laboratory of Taiwan Seed Improvement and Propagation Station (TSIPS) , Executive Yuan announced that rice is a self-pollinated crop with 3-5% hybridization rate under natural condition. Hybridization of black rice and other white rice varieties could possibly occur, when two fields with different varieties are not distant enough. Besides, during the stage of seeding in trays or cultivating media and even processing after harvest, the mixture of different varieties could also happen. And if black-rice cropping farms switch back to crop white rice, farmers will encounter the remains of black rice in soil for many years.

Because functional foods will be the main trend in the future, it is highly suggested that precautions be proposed in advance by relative authorities. A contractual farming system for color rice should be organized, and potential causes leading to hybridization of black and white rice should be strictly monitored to avoid hybridization or mixture and lest rights and interests of farmers to be impacted. 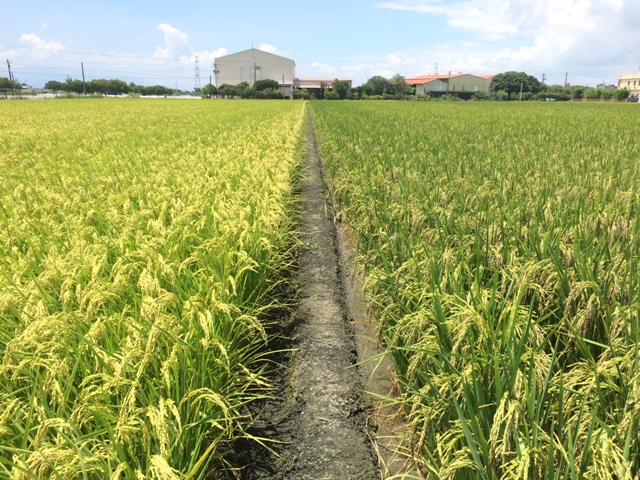 Figure 1. The possibility of hybridization will increase when fields cropping black rice are not adequately (more than 3 meters) separated with fields of other rice species. (Left field was cropping Tainan No. 11 and right field was black rice)