Surprised! ‘Male infertility’ in plants is a good thing

Surprised! ‘Male infertility’ in plants is a good thing

The male sterility of plants can help the hybrid seed production to be more efficient. Taiwan Seed Improvement and Propagation Station (TSIPS) has developed the molecular markers recently which can detect the male-sterility-related genes in pepper and be used in molecular marker-assisted breeding for excellent pepper and sweet pepper varieties.

Plants are very different from humans. They can be monoecious and pollinated by selfing or crossing. Heterosis is an important phenomenon in creatures. It refers that the performance of heterozygous offsprings could be better than homozygous parents. Heterosis is often applied to the crop breeding and lets hybrids have a high yield, good flavor, resistance to diseases or stress. Many fruits and vegetables we eat every day belong to F1 varieties, such as sweet corn, tomato, pepper, cabbage, broccoli, watermelon, melon, and so on. However, as mentioned earlier, most plants have pistils and stamens. It becomes unavoidable to be self-pollinated, which may lead to insufficient purity in hybrid seed production. The most common practice is to remove the stamens of the plant and then artificially pollinate with pollens of the male parent. But some plants have small flowers, which increase the difficulty of artificial emasculation and the production cost of hybrid seeds.

There is good news that male sterile plant germplasms exist in nature. Breeders can use breeding methods to introduce this characteristic into cultivars. A female parent without viable pollens can be pollinated by a male parent through the wind or insects. The purity of hybrid seeds produced in this way could be almost 100%. The male sterile trait is regulated by genes, and the cytoplasmic-nuclear male sterility (CMS) system is most commonly used in hybrid seed production. CMS need male sterile cytoplasms and nuclear fertility restorer genes. The newly developed molecular markers of TSIPS with high specificity can largely increased the accuracy of the gene testing. These markers can help breeders track whether these genes are introduced into cultivars successfully and parental varieties maintained properly during propagation. 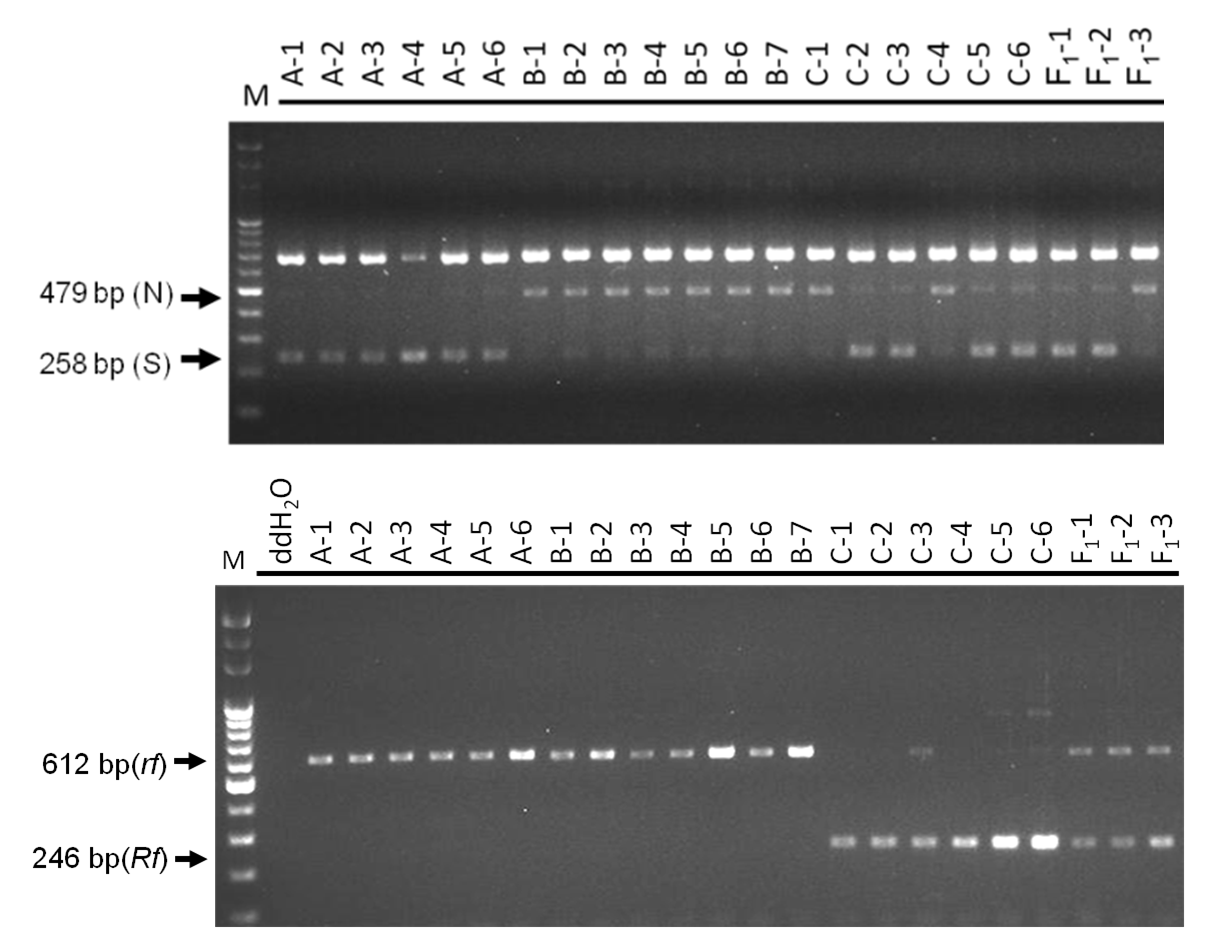